Fucking Good Art is a travelling artist’s magazine or editorial project for research in-and-through art, since 2003. The artists and editors are interested in: oral history, ethnography, documentary film, investigative art and journalism, counter and sub cultures, self-organisation and DIY strategies, art and anarchism, and models outside the art market and the mainstream. They have a participatory strategy and are by nature highly sensitive to the context they are in.The artists and editors stayed for shorter or longer time in: Munich, Berlin, Dresden, Copenhagen, Riga, Basel, Zurich, Tbilisi, Brussels, and São Paulo, where they made from the different local contexts publications such as International Edition, Berlin (2006) and The Swiss Issue (2008), but also web radio editions, and a 3-channel video installation. In 2011 they started a « Grand Tour » in Italy at the invitation of Nomas Foundation, Rome. The result is the great book Italian Conversations – Art in the Age of Berlusconi (2012).

From beginning of February to end of April they escape to Switzerland, where they found temporary cultural asylum in the Embassy of Foreign Artists in Geneva. The artists and editors will use this shelter from the chilly cultural weather in the Netherlands to study the principles of anarchism and self-organisation hoping to bring home some useful ideas and experiences. 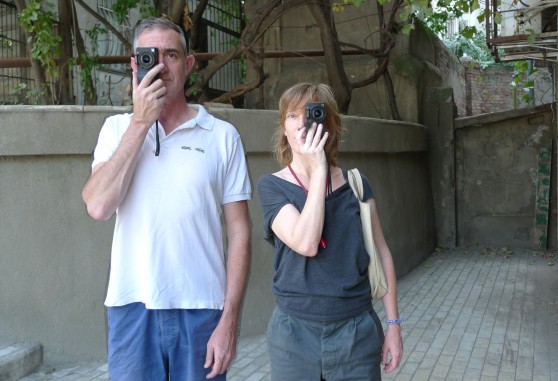