*1987 in Sydney, lives and works between Australia and Switzerland
Residency period : January to March 2018
Performer, video and mixed media artist

Beth makes works of costumed performance, text-based experimentation, video and mixed media installation that explore negotiations of site, self and culture. In her solo and collaborative work, Beth plays with gestural vocabularies of slapstick humour, experimenting with the staging of bodies and objects within spaces of the gallery, the festival and the great outdoors. She holds a BFA from the College of Fine Arts, Sydney, and is a current research candidate in the Master of Fine Arts program at the University of New South Wales, Australia.

In the framework of her three months residency, Beth will research intersecting zones of contradiction, resistance and statelessness in the canton of Geneva. This research would focus on two local organisations that embody these zones in entirely different ways: the art storage warehouses of the Geneva Freeport; and l’Association Monnaie Léman. I will explore how these two organisations both seek to operate beyond the conventional borders and regulations of the Swiss nation state, building autonomous zones of accumulation, circulation and profit that have vastly different intentions and consequences. 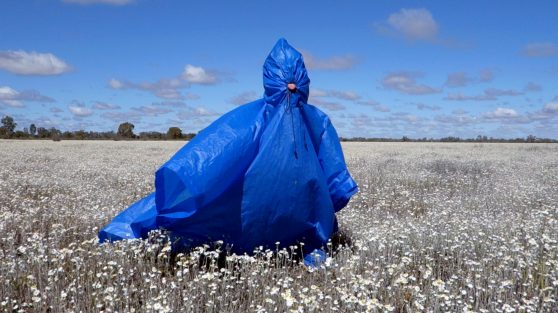