Elise Macmillan performs and composes as EMACS combining strings, voice, electronics and live processing. She studied computer music at Stanford University and Hardingfele in Telemark, Norway. She released Night Blooming Planet (Felix Onyx, Los Angeles) in 2017 and Feelers is upcoming in 2019 (LaupTapes, Oslo). Her work for electronics, voices and strings and works for virtual and human voices have been performed in Europe and the US. In addition to solo work, recent projects include Heavy Melodies for Seals, a music performance and installation series in Zurich and Oslo, scores for video and installations.

Elise will experiment with vocal synthesis and morphing and dissolving the voice, moving between endlessly shifting narrators and virtual choirs. She is developing a series of works based on processing catchy melodies or earworms, melodies which can stick in the head and be transmitted from person to person. She will interweave voice, strings and ambient sounds with ghostly melodic fragments and flexible rhythms. 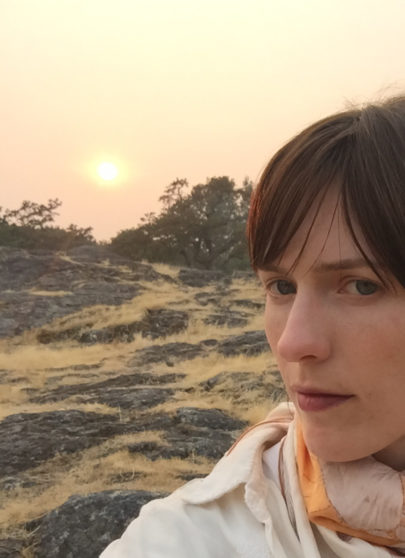