*1987 in Sebokeng, lives and works in Johannesburg
Residency period : September to October 2017
Choreographer, dancer and teacher

In collaboration with Pro Helvetia Johanessburg

During his residency, Fana Tshabalala will develop a new work from his longer-term investigation into a kind of “ideal man” within different societies, their changing roles and responsibilities, and a contemporary “masculine bewilderment”. Fana will work with Vladimir Ippolitov, who is a Russian Masters´s contemporary dance teacher, during his time in Geneva.

Fana’s career started through involvement with various community groups in South Africa. After training at Moving Into Dance Mophatong, he created the solo As it is two in one for the FNB Dance Umbrella’s Stepping Stones 2007, and Ukunxanwa at the FND Dance Umbrella 2008. 2009 and 2010 was spent working and touring France with choreographer Michel Kelemenis, in his L’Amoureuese de Monsieur Muscle. Tshabalala also worked with Kelemenis to create his solo That side, which he performed alongside his work Lost and Found in Avignon. Tshabalala created numerous new works Gates of Hell and MAN while in residence at Klap in Marseilles, which have been presented at various international platforms. He was 2013 recipient of the South African Standard Bank Young Artist Award for dance. He joined The Forgotten Angle Theatre Collaborative in 2012 and until recently was serving as company Co-Artistic Director. 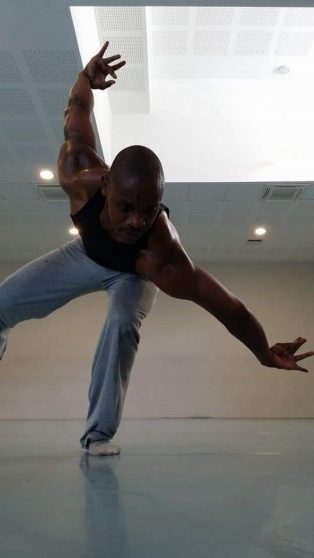