She works with video, sound and text, engaging with the politics of the moving image and with the examination of inherited ideologies of media. Her practice is research-led on elements of the moving image, where the image itself becomes involved in the action in form of an actor, an activist or an agent. As there is a relation of actuality and agency in the body that concerns the textual framework of film, in her practice she develops an idea framed as performative film, where interventions into existing material take place and are processed.

In Red, she said (2011) and Rainbow’s Gravity (2014) (both in collaboration with Mareike Bernien) they developed a cinematic practice through movement with moving images as protagonists. Both videos were coming to terms with the historical conditions of colour films. In an ongoing research she studies the components of matter and the transitions and transformations from analog to digital and from material to immaterial, as in her most recent work, Fugue (2015), a short experimental 16 mm film. Recent collaborative projects have been Prendre la Parole at FMAC Mediatheque Geneve with Andrea Thal, Maria Iorio and Raphael Cuomo (curatorial project, 2014), Times together (exhibition, 2013) at VBKO Vienna with Mareike Bernien, Moira Hille, Julia Wieger. 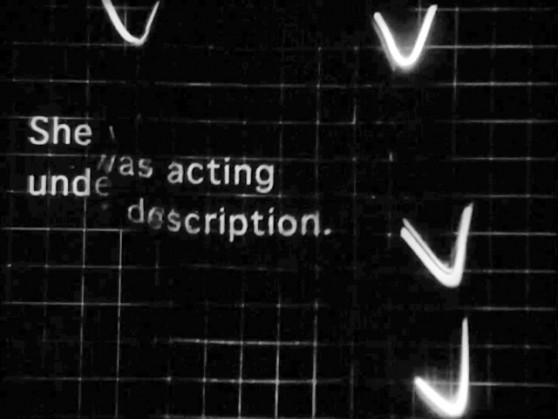