She studied at Byam Shaw School of Art / Central Saint Martins (London) and The University of Art and Design (Cluj).

Since 2009 she has been involved also in animation films, as a background artist. Thus, at the moment she positions herself in-between two poles, the foreground and the background, in other words in-between the affirming nature of an artwork versus the subordinate nature of a décor. During her stay at EoFA she will produce new works that talk about this ambiguous situation. 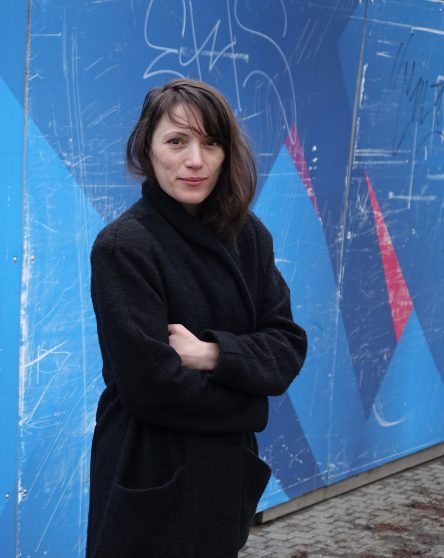