Rizki Resa Utama, is a time-based media artist working mostly with moving images, installation, photography, and performance. His artistic researches are focused on the social norms, that are constructed through Inclusions and Exclusions composed by mass media in representing the “Others”. In 2006, he completed his Bachelor of Arts in Communication Science, majoring Journalism, at Padjajaran University, Bandung, Indonesia, the same year he co-founded an artist’s initiative space, Buton Kultur 21, in Bandung, Indonesia. After moved to Germany in 2008, he received his Diploma in Fine Art in 2013 and completed his Meisterschüler year at the HBK Braunschweig, Germany, in 2014. He received an Honorary Mention Award from the European Media Art Festival (EMAF) 2011 “This is Media Art”, Osnabrück and In 2016 he won an Honorary Prize of Sparkasse Leverkusen, “Artist Discover Europe“, Forum Leverkusen, DE. 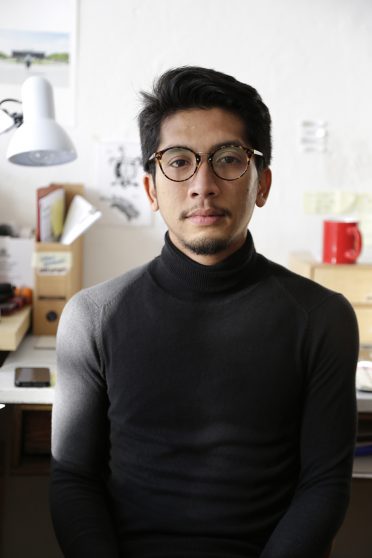