*1981 in Germersheim, Germany, lives and works in Berlin
Residency period: October to December 2017
Artist
At its core the work is a reflection about itself. There is a necessity to communicate
visually. The form of the work arises from this necessity in the moment of reflection.
It is an image based reflection by means of photography. The images are immediate
perceptions of the environment. Behind them, hidden are traces of internal visual
experiences from where images evolve which are mutually dependent on each other.
That is how the process starts.
Photography is the path but not always the goal. The work space is the scene. It is
the place where once physical actions took place. I’m creating a scenery. Sometimes
an intrinsic scenery is already there. I take snap-shots of the scenery. The scenery of
the work is in continuous change, only the photograph keeps its memory. The
interventions I execute can be randomly changed entities of the space or a whole
arrangement of different kinds of material. Coincidence and control play a major role
in implementing actions. The photograph is the only permanent document of the
process bringing me closer to the idea. Sometimes the photograph stays as a
document, sometimes photography is the final medium for the presentation of the
work.
The work follows a system of an intuitive logic again and again referring to itself. I
define which objects, materials and spatial situations are important as the
relationship between them and my actions define the content of the work. It is an
ongoing movement. New constellations evolve from it while old ones will be
abandoned. However, the presence of a new constellation will always follow this
logic and is legitimated by another constellation. The content of the work is the form
which emerges from that image based reflection in reference to space.
www.selketchlupka.com 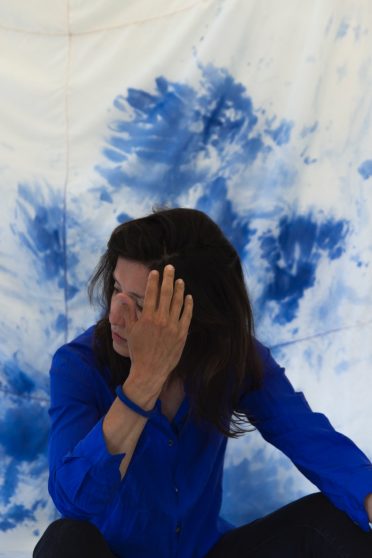