Ish S is a composer, sound artist and a musician from New Delhi/ India. His primary field of interests are ‘Sound Art and Installation’ along with ‘electro-acoustic music’ and he has been presenting some of his works as Sound Installations.  He is also  an electronic musician and has trained as a classical guitar player.  Producing these creative works under different pseudonyms and projects like – edGeCut, diFfused beats, Khayali pulao and 4th World Orchestra, he creates, collaborates and produces a wide spectrum of music and sounds ranging from Jazz to classical and from ambient to experimental electronic music and has developed his own style over a period of time. Ish has produced various sound art installations, albums and composed music for independent short films, plays, performances and Contemporary Dance Recitals. In 2009 he founded the music label called ‘Sound Reasons’ to promote contemporary and electronic music and have released a number of albums since then.

During his residency at EOFA in Geneva he will be extending one of his recent work Sitting Still through  an installation and various live performances. Via these works he will investigate into and create an immersive spatial sound installation where the creative material will be derived from the  concepts of Infinity and its physical manifestation in relation to the Body and the relative abstract of the same in the mind as an heterotropic experience. Here I want to draw a space where the real intersects the virtual within a concept of an utopia that exist in the mind while dealing with experiences, epiphanies and especially the infinite.   A sonic sculpture   will be  the key work here as sound has got this intrinsic property that can be moulded together to become the other and can take a shape both physically and mentally.  The sonic picture will be redrawn with focus not on making a complete  work but  on the fleeting experience which can connect between the reality, the every day experience and the hybridity of the emotions generated herein.  the sound installation will be supplemented with a few performances.

Sitting Still II as a sound sculpture will develop spatially and its discovery will  unfolds itself in the present while bringing with it the experience of sound and listening as a sonic sculpture. Here the listening and experiences will not pursue the question of meaning, as a collective, but that of interpretation which is individual and heterogeneous to the listener. Sound here will narrate, outline and fill but at the same time will be ephemeral. Sound here is actually created spatially  in the listening of it and in its inventions in the imagination of the listener. I  will be installing this spatial Sound installation across 6-8 speakers along  with some performances and collaborations with other Video artists and dancers.  More details on these collaborations and creative developments soon on http://soundreasons.in 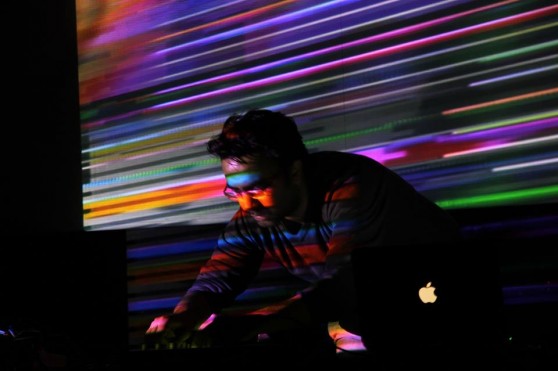