*1988 in Mopti (Mali), lives and works in France and Mali
Residency period : October to December 2019
Choreographer

After 4 years of training in Donko Seko dance center directed by Kettly Noël in Bamako, Tidiani won in 2009 the first prize of the Donkelaw Ball organized by the French Institute of Bamako and Donko Seko with his first piece Being different. He entered in 2011 the National Center of Contemporary Dance of Angers under the direction of Emmanuelle Huynh, and obtained the national diploma of professional dancer and a bachelor’s degree from Paris VIII University in 2013. In September 2013, he joined the National Choreographic Center of Montpellier in the ex.erce master’s degree under the direction of Mathilde Monnier from which he graduated in 2015. Since 2010, he has been conducting projects between dance, digital art and performance. He founded the structure Copier Coller with Gilles Jobin, which is a center for dance, multimedia resources and multidisciplinary artistic creation, operating between Mali and France. Tidiani is a performer with Gilles Jobin (Switzerland), Karolin Stachele (Germany), Qudus Onikeku (Nigeria), Romeo Castellucci and Cindy Van d’Acker, Serge Aimé Coulibaly. In 2013, he won the 3rd Prize of the TSF contest in Voiron, in 2015 the 2nd prize of Arcadanse in Seynod, and in 2016 the special prize of the Symply The Best” Jury organized by Serge Aimé Coulibaly (Ankata). He is also in 2018 the laureate of Création en Cours of the Medici Workshops, and the artistic director of the multidisciplinary festival Bam in Bamako organised in partnership with the Passerelle Foundation.

« Since 2009 I have been developing a hybrid choreographic research. Looking around the body, its representation, and its image. Throughout its relationship with the objects in the surroundings to the gestures that can be produced. I am looking for it as a material, as a texture too. My dance company Copier Coller was created in Bamako in 2011, and then the French antenna was created in 2013. It allowed me to create three choreographic creations: Moi, Ma Chambre et Ma Rue in 2016, Naturel Mystique in 2015, and Bazin in 2017. » 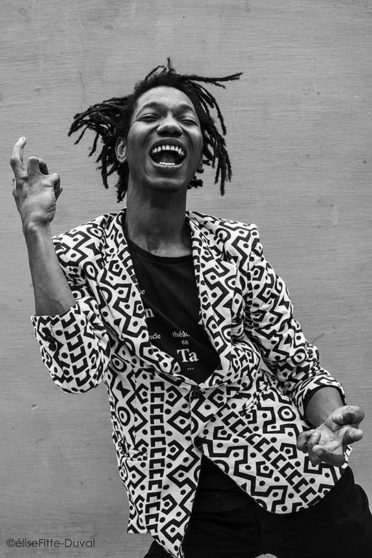