Valentina Vetturi’s art interweaves writing performance and memory. Her works are the result of long processes involving fragments of apparently diverse forms of reality. The countless invisible characters and voices that inhabit her performances and installations lie on the never-ending borderline between presence and absence, interpreting the world around us. 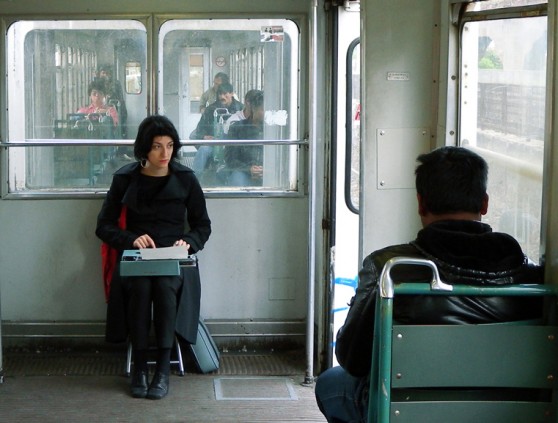