In collaboration with Pro Helvetia Cairo

Abdessamad El Montassir is associate fellow at the IMéRA – Institutes for Advanced Study in Marseille, France.

His research focuses on a trilogy that he has been developing since 2015: the right to forget, fictional and visceral narratives, and the trauma of anticipation.

After graduating from the Institut National des Beaux-Arts in Tetouan, Abdessamad El Montassir completed the MA Artistic and Esthetic Education at the École Normale Supérieure in Meknès.

He participated in several national and international exhibitions, including Invisible curated by Alya Sebti for the 13th Biennale of Contemporary African Art of Dakar and for ifa-Galerie in Berlin, De liens et d’exils at La Villa Empain – Fondation Boghossian in Brussels, Al Amakine in the contexte of 11ème Rencontres de Bamako, Saout Africa(s) in the contexte of the documenta 14 at SAVVY Contemporary in Berlin and Attokoussy in Hinterland in Vienna and at Le Cube – independent art room in Rabat.

As an integral part of his research, Abdessamad El Montassir regularly gives lectures at institutions such as the ICI Institute for Cultural Inquiry in Berlin, ifa-Galerie Berlin, IMéRA – Institutes for Advanced Study in Marseille and the Goethe-Institut.

Abdessamad El Montassir’s research focuses on a trilogy that the artist has been forging since 2015: the right to forget, fictional and visceral narratives, and the trauma of anticipation. His artistic approach develop through reflexive processes that invite us to rethink History and cartography through collective or fictional narratives and non-material archives. At the same time, his projects question traumas and their influences on individuals, their behaviours and socio-political developments, and deploy processes where these traumas serve to historize.

Abdessamad El Montassir’s projects take into consideration the knowledge of identities that are not human – plants and visceral narratives – in order to bring out new ways of thinking about our environments.

In all his work and research, the artist thus opens up spaces for negotiation that bring together micro-histories and amnesic memories, made invisible by Official History, and aims to explore their place in the political and civic spaces of our contemporary societies.

Engaged in an interdisciplinary practice, Abdessamad El Montassir tends to highlight plural visions through collaborations and meetings with historians, scientists, activists and citizens-witnesses. 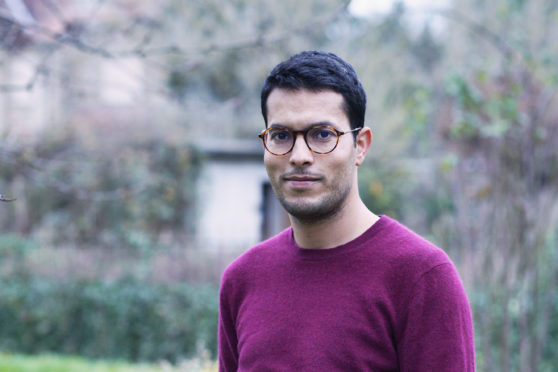