Originally from Geneva, Adaline has been living in Brussels for some time. After completing her Master in Textile Design at ENSAV La Cambre, Adaline studied dance and choreography at the School of New Dance Development in Amsterdam. Today she is pursuing her research as a performer and performance maker. Her work focuses on the articulations between thought and gestures – their constraints and oppositions – through the presence and immediacy of bodies.

Alongside her research, she will also be working in collaboration with Rudy Decelière on Noir Apparent, a performance that will premiere in April 2014 at the Théâtre de l’Usine in Geneva. 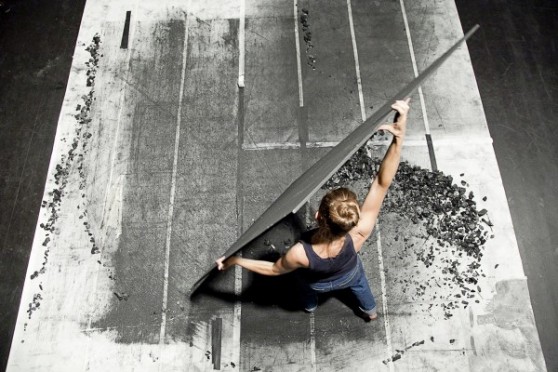