Both MA’s of Departments of Painting, Faculty of Fine Arts, University of Arts, Belgrade. Although in diverse individual artistic ventures in group and solo exhibitions, we have been working on joint projects since 2005 under name diSTRUKTURA.

In our efforts we are trying to build on an extended view of Nature – as sublime, pseudo, or synthetic nature in urban constellations – aiming to define the various relationships, both real and virtual, that create the realities of modern-day life in which art has the significant function of pointing to and defining, without any utilitarian means, the evolving drama around us.

The question we are trying to ask is how long it takes for the changes in our environment to change the way we think? We care not only whether our work is observed but also HOW it is observed. With no intention of setting new theories, we use traditional art forms such as painting, drawing and photography, together with historical and cultural contexts embedded in our work, to allow the recipient to become aware of the time in which he lives, but also his historical and cultural heritage. By acting on this and calling for others to participate in our representations of both urban and rural landscape, we are once again attempting to point out to and re-establish the torn bonds between humans and Nature.

This mutual decision of such joint work is actually coming in terms with a notable state of crisis both in media representation and a ripening of information age of early 21st Century. In paintings planned and executed together on a solid plane canvases, as well as in drawings, photographs and the video, the scope of our decisions is relied on mutual interaction and questioning. This leads, as we are convinced, into a sensitive ground of action and of pictorial puns and certain conceits of representation. What originates is an invigorating dynamics of joint works that are characterized as acknowledgements of our experience but also of a research that has the probability of existence beyond the visible. Such new artistic space is grown from subjective findings, inventions and choices with entries arising from mental, affective, sexual, artistic, public and social grounds. 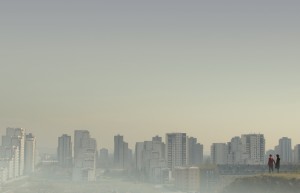 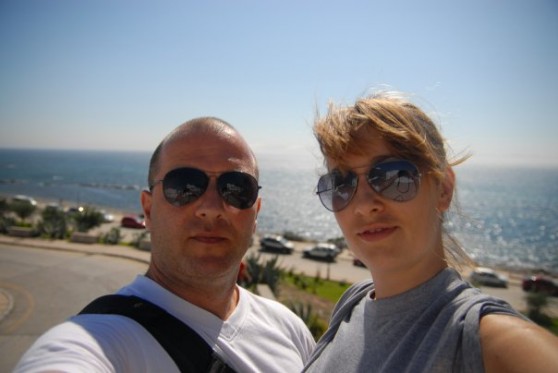