In partnership with Salford University, Islington Mill and Castlefield Gallery

Larry Walker-Tonks was born in Hartlepool, England. He developed an interest in art at a young age and graduated from Teesside University in 2013 with a Degree in Fine Art. Shortly after, Larry moved to Manchester in order to further his artistic career and continued to show work across the UK with shows stretching from London to Glasgow. In 2015 Larry began an MA in Contemporary Fine Art at the University of Salford which he will completed in 2017. In 2017 Larry worked as a Design Assistant for immersive performance/installation Party Skills for the End of the World, part of Manchester International Festival 2017.

Larry’s current practice explores issues surrounding dating apps like Grindr and Tinder and how, through a highly sexualised western culture, the sleaze is seeping through to our everyday lives and crossing boundaries it should not.  Larry looks at how we present ourselves online, wether we fabricate our day to day existence to impress our “friends” or wether we hide behind a blank profile looking for love. He raises awareness of the pressures put upon people to have unsafe sex and the idea of the unsolicited “dick pic” inviting the viewer to question why it is an accepted part of today’s culture. This manifests itself under the umbrella of GRUNDER, a series of tongue-in-cheek installations, grotesque sculpture and a satire of dating apps in the form of large scale prints. Larry Walker-Tonks aims to highlight the immense pressure put upon social media users to drop their morals, standards and their pants with little regard for their own sexual health. 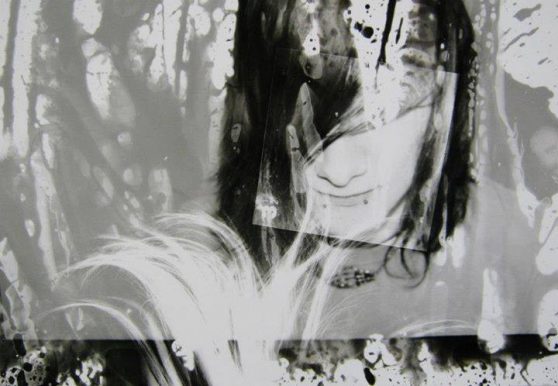