As an artist Ms Wigzell considers herself to be in the business of making gestures – whether this involves her own body in direct action, conceptual exercise, or the making of sculptural objects and short films. Her work is concerned with the ways in which class affects perceptions and workings of culture, economy and infrastructure. At the same time Wigzell is equally concerned with the ability of her work to remain accountable to her concerns while existing simply as one series of gestures after another.

Her ongoing project entitled “FREE LABOUR” aims to unpack both her work’s concerns and her concerns about her work, by giving up her labour to any person who may request it. The period and nature of work remain negotiable at all times. 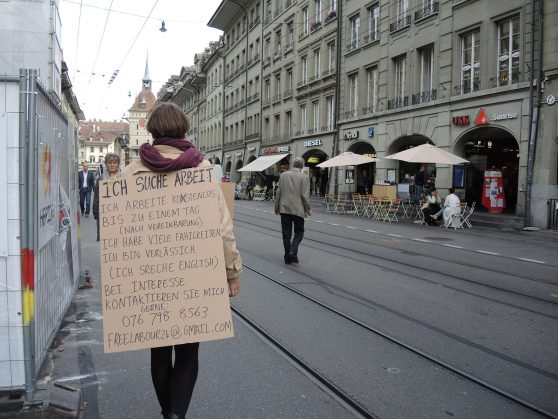